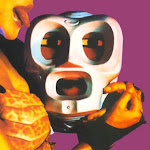 "Zev, my love, you have expired
But robot head is hot and wired" 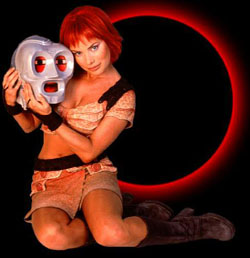 I can't believe that I've forgotten about this blog for nine years and it still exists. Miraculously, I still had access to it. I rediscovered it by accident when I did a Google search for ear-seekers and found my own blog post about it. Astonishing.

I never stopped gaming. I found a great group during the beta testing of D&D 5e. We kept the group going and we actually finished Hoard of the Dragon Queen and the Rise of Tiamat. My female wood elf monk kicked Tiamat's ass straight back to hell. What fun!

Our DM moved away and some of the players were still interested in playing D&D. I'm short on time these days so I said I'd do it only if it was an old school megadungeon in a sandbox West Marches campaign. They agreed! So I started doing some prep work and that's how I found this old blog.

I don't think I'll be posting very often. If I have something interesting to say then I'll make a thoughtful post that hopefully will be seen by people who do the right Google search.

Fight on!
Posted by Xeveninti at 4:21 PM

The best store for online shopping in Pakistan Tarz.pk. We're offering high-quality & branded product. Trusted online store in Lahore and all over Pakistan.

The best store for online shopping in Pakistan Tarz.pk. We're offering high-quality & branded product. Trusted online store in Lahore and all over Pakistan.